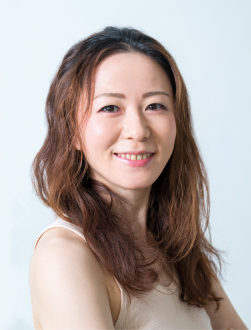 Born in Tokyo.
She started classical ballet at the age of 6.She learned under Kaori Hayashi at Ballet Studio HORIUCHI (formerly known as Unique Ballet Theater).

She participated ballet company from the age of 16.
From around this time, she came into contact with various genres of dance such as jazz and modern dance.

After graduating from high school, she went to the United States alone and entered the dance department of the State University of New York, Faculty of Arts.
While enrolled at the university she passed the audition for a professional dance company and made professional debut. At university, she received a special scholarship inorder to balance work and academics.

She participated in a dance project for one year in which she visited women’s prisons, juvenile and girl’s institutes in the United States. The program aimed to heal the minds and bodies of prisoners through dance therapy. She is also a Japanese who has had a valuable experience.

After receiving a scholarship and going to the Netherlands, she participated in a tour of the Netherlands. While traveling around Europe, she learned various dances and deepened her knowledge.

While living abroad for six years she tried many treatments and remedies for the improvement of a lumbar disc hernia that developed while she was in her second year of middle school. She also learned and practiced various fields of “body conditioning” represented by yoga and Pilates (which were not known in Japan at that time).

By this time, I had met three-digit therapists and therapists, and received treatments and sessions, but no fundamental improvement was achieved. In 2005, my back pain and numbness were limited due to an injury during rehearsal. In the meantime, he became unable to walk and temporarily retired from active duty and returned to Japan.
She is diagnosed by a doctor as “a lumbar disc hernia that has reached a level where she cannot live without a wheelchair.

She crawls through the house, spending days she can only eat and sleep, but her unique beauty-BIRYU-method that allows her to improve her fundamental body by meeting various professionals. development.

She will continue to rehabilitate based on this, and in a few years
・Complete recovery without surgery
・No chronic pain after her return to the stage
It brings a miraculous result.

Armed with the world’s first “ultra-practical” body approach “-BIRYU-” from Japan, which has a reputation for being accurate and easy to understand, and has been devised using his own body as an experimental table. The contents of Uroko’s class have been well received by professionals of all genres because of the overturning common sense of the body.

◆She serves as an interpreter and assistant for workshops at many famous overseas ballet companies and dance companies, including the “Forsythe Company” led by William Forsythe.

Not only does she have the title of this studio’s “president”, she also takes on the roles of
“-BIRYU- developer”,
“dancer”,
“leader”,
“choreographer” and “interpreter”. In all of these capacities she is expanding her field of activity both at home and abroad.

Presided over “Nishi Azabu Salon”
In addition to the aforementioned, she is currently the representative of -BIRYU-®. 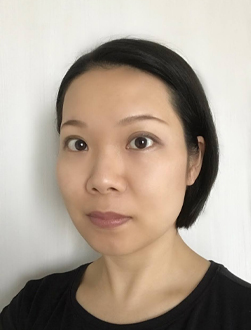 She married a para-athlete in 2015. She learns and practices athlete nutrition every day.

On the other hand, she suffered from severe shoulder and neck stiffness, lower back pain, headaches, and even though she was treated by her husband who is an acupuncturist every day, she was unable to resolve thes issues and wanted to improve her body from the core. So she began practicing BIRYU.

She has been taking lessons once a week since April 2019 and practicing BIRYU exercises every day at home.

Before I started BIRYU, I was always having problems such as falling asleep (even when I was fully awake), having a tight back, and having migraine headaches for about a week every month.

Every night I was treated by my husband and I cried from the pain.

Even so, I thought that it would be natural if I worked at a computer for 7 to 8 hours a day, and even wondered, “Is there anyone who doesn’t hurt anywhere?”

At first, I was skeptical about BIRYU, and so tried it “only for 3 months”, I could feel the changes after every class and continued to enjoy it.

Suddenly, I realized that it didn’t hurt anywhere, and I was impressed.

I will continue to improve so that many people can enjoy similar outcomes.
Let’s improve together! 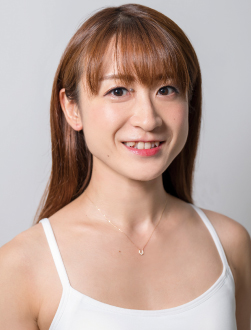 She learned several At Tokyo Dance & Actors College, he studied various genres of dance and appeared in back dancers, musicals, and dance events of artists.

After graduating, he belonged to the dance company RAKUDO led by Yuryu Inayoshi, and appeared in many dance performances and events.

In addition, he is active mainly on the stage, such as performing as a dancer in a theater company performance.

Currently, he is also active as an instructor in dance fitness classes at a major fitness club.

In charge of classes every Monday, Tuesday, Wednesday and Saturday.

I started learning dance as a child and appeared on various stages and events as a dancer.However since I was a child, my body was stiff so tried various things such as stretching and going to chiropractic.
unfortunately, by overworking my body without much change, my physical problems were endless, such as back pain and more injuries.

Since I started BIRYU about 3 years ago, I learned the importance of “knowing my body deeply” and “moving my body consciously”, and I can feel it by practicing BIRYU. I was very surprised at the change.The waist and back, which did not change no matter how much I stretched, became softer and more flexible, and my chronic headaches, swelling, and poor circulation improved, and my body line changed like a different person. Because eliminating anxiety about my body, I could change my concentration and how to use my body when dancing, alsp able to reduce the degree of fatigue and make a good cycle.

It was the first time for me to feel such a big change, and it made me happy that my body changed for the better, and I felt positive and further aspirations. Based on my actual experience like this, I would like to convey through the lessons the joy of facing your own body and changing your body and mind.

BIRYU method has various poses and movements, but what you need to do is “focus on your own senses” rather than “can or cannot”. Therefore, anyone who does not exercise much, who feels stiff, or who feels uneasy about what they can do, can practice it.

I would like to aim for a lesson where you can discover new things for yourself by empathizing with each other’s changes in your body while being close to each and every one of you. 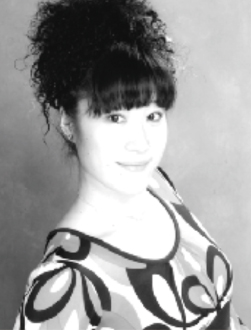 She has been active in the world of rhythmic gymnastics for eight years since she was 10 years old.

She learned Ballet, contemporary dance, jazz dance and tap dance at the dance department of Tokyo Communication Art College, and after graduating she will be a lecturer at the same vocational school./p>

She studied classical ballet under Masumi Yanase.She teaches ballet classes from children to adults at the ballet school that he work as the artistic director.

She is currently active as a company member of “Dance Teatro 21” led by Takeshi Noumi, and at facilities in Futakotamagawa Tokyu Plaza BE (formerly Shibuya Tokyu Plaza BE) and Shibuya Ward, for children from the age of 6 to the sixth grade of elementary school. We hold rhythmic gymnastics lessons.

Regardless of her genre, her easy-to-understand and polite guidance is gaining support in various fields.

I’m still on the stage as an active dancer, but before I met BIRYU, I’ve misdirected effort.

I hurt my back and couldn’t walk three times, experienced muscle strain andother injuries many times.

Harder I tried, more my body broke, why my best efforts were not rewarded…. I met BIRYU, when I thought so, and spend a hard time both physically and mentally.

I wasn’t sure at first, but by practicing it, I was able to experience dramatic changes in my body that I could not get with all the stretching, training, and body conditioning I had learned so far.

I have succeeded in dieting more than 10 kg in the four months since I started learning BIRYU, and now I am able to dance freely on the stage without any major injuries or pains that I usually have.

I have a strong will to convey BIRYU to people like me who have tried all kinds of treatments and are suffering from persistent pain despite all the care they have taken. After being qualified to attend the training program, I have been certified and have been a lecturer since 2011.

Let’s all aim for a healthy body where you can spend your shining days while listening to the voices of your own body and facing each other happily!